The problem of the assignment is fairly straight-forward. To describe it, let us consider several examples

Note: All the problems above assume a “square matrix”, that is dimensions. In practice this is rarely the case, and the dimensions are . In this case the goal is to match vertices.

Hungarian algorithm was developed and published by Harold Kuhn in 1955. Kuhn named the algorithm “Hungarian” because he based his work on the works of two hungarian ,athematicians, Dénis König and Jenö Egerváry.

To avoid any future confusion let us state beforehand taht we are considering the assignment problem in the matrix context (i.e. given matrix , pick cells in different rows and columns). Indexing of the arrays in the current analysis will be 1-based, i.e. . Also, note that all numbers in are non-negative. If there are negative numbers in the matrix, you can always add some value to all elements to make them positive.

Rephrasing the Wiki page, there are two arbitrary arrays and defined as potential, such that

Note that and correspond to rows and columns of matrix respectively.

In that case, we can define the value of the potential as

From one side one can see that the cost of the final optimal solution is not less than the potential (proof left as an exercise for the reader):

From another side, it appears, there is always a solution and a potential where the inequality turns into the equality (Hungarian algorithm is the proof of it). Meanwhile, note that if some solution has some associated cost equal to its potential, this solution will be considered optimal.

In terms of a bipartite graphs, we can view this assumptions as follows:

Given a bipartite graph consisting of only tight edges, the Hungarian algorithm maintains the matched pairs list which maximizes the number of pairs for a given potential . The moment has elements, the edges of this pairs list will be the optimal solution (it is optimal because the potential will be equal to the solution cost).

Now to the algorithm istself

Given two parts of the bipartite graph: first and second ,

Note on step 3: Formally, this step is a way of changing the potentials and , such that a viable solution is still possible. Without providing the proofs, say we have and , such that contain the visited vertices. In that case we can compute strictly positive potential gain

Now we can update the potentials, without the total potential being different, as follows

Note that even though we changed the potential, the partially computed is still valid. At this point we can note that potential changes cannot continue indefinitely, because at every iteration the number of visited vertices that could be connected only increases (can only increase However, we cannot claim that the number of tight edges increases). That means that the maximum number of changes in the potential that can happen does not exceed .

Now, let us describe a algorithm (or a for non-square matrices).

Key idea: Don’t consider the whole matrix at once, but append a new row at every iteration. In that case the algorithm above could be rewritten as:

Steps 2 and 3 have asymptotic complexity of , and they have to be repeated times. The proof for this is left as an exercise for the reader.

To achieve the given asymptotics, we need to note the following key ideas:

Now we can find in linear time.

Given a matrix , rows represent vertices of part of the bipartite graph, and columns represent the other part . The matching needs to be done from rows to columns.

The codes in this section are written by Andrej Lopatin.

The code below solves the matching problem for a matrix , where . It uses 1-indexing to simplify and shorted the codes: the “fake-0” index is used as a flag, and avoids additional checks if the computation was done :).

Arrays and store the potentials, which are initilized to 0 (same as 0-row matrix). Also, the current implementation works even if there are negative numbers in the edge weights.

Array holds information about matched pairs: for every column , it holds the value of the corresponding row (or 0 if still no matching found). keeps track of the current row, which is done to simplify the code and avoid checks.

Array holds the temporary minimums in the potentials for each column such that . This is used for a quick re-computation and update of the potentials.

Array holds information about where the minimums are achieved, and is used to reconstruct the graph matching. One might think that array should hold information about every row and that we require additional array: for every row we need to keep track of the corresponding column. However, note taht Kuhn algorithm reaches the rows from columns after visiting edges of that pair. That’s why to reconstruct the matching of the graph, we can always get the rows from the matched pair array (i.e. ). Thus, has information about the previous column, or 0 if there is no match.

The implementation of the algorithm includes a for-loop over the rows of the matrix. Inside the loop we keep track of the current row by placing it in the , and start a loop which finds the first unused column . Every iteration of the loop marks column as used (previously found column), and gets the appropriate pair . At this point, because we have a new used row , we recompute the , and find while we are at it. We also find in which column the minimum was found. If is zero, we don’t have to update the potential – we already have a matching pair. After that potentials are updated keeping in mind the changes we introduced in . After the loop finishes, we will have found a chain of pairs, and to reconstruct the pairset, we can “unwind” using the ancestry array . 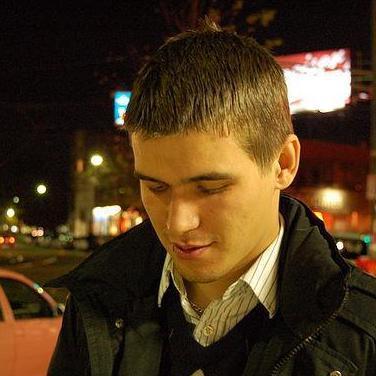